I’m FEDup with “debates” about my sexuality, my reproductive choices, my existence.  There is so much to love about social media and one of those reasons is the experience of going on Twitter to  see what I can do to better the world and finding an objective discussion underway regarding whether someone like me should be “allowed” to reproduce. The person who asked the question may not even understand that, by placing my reproductive choices and existence within the frame of public approval, they’ve reinforced bias against me, a woman with a congenital disability who lives “like that.” Check out another guy who asks rational questions just like you did.

I’m not answering on Twitter because — unlike when I was in my 20s, 30s, 40’s — I no longer feel required to justify my existence just because somebody decided to have an “objective” “discussion” about whether I’m really worth the hassle.

Yup, even when your purpose is ostensibly positive, how you frame the conversation matters. Growing up with muscular dystrophy means I’ve heard more times than you can imagine that my particular disability places me — of course! — on The List of Lives That Suck. What’s newer or less personal to you is very different to me as a woman with a congenital disability. So here’s an excerpt from a longer past post that elucidates where I’m coming from.

But Back to Bioethics and Choice: I Had an Abortion

When I was 27 in 1992, I had an abortion. (I recounted it in the 2005 documentary titled — wait for it — I Had An Abortion.)  Because I lived in San Francisco and had $325, it was a legal, safe, and undramatic medical procedure. The only thing less traumatic than the actual event was the decision to have it.

One of the consequences was that I slowly recognized that, unlike my friends, I couldn’t recall anyone ever asking me when I was planning to have children. My mom had probably mentioned the idea in passing but there were no actual conversations about the details, like when we had talked colleges. A pediatric neurologist encouraged me when I said, at 12, that I wanted to be a civil rights lawyer; I could feel the relief in the exam room that I would have a way “to take care of myself” despite having muscular dystrophy. Parenting? Carrying a child? Never came up.

The first time I remember connecting my own self with motherhood was when a nurse practitioner at the Women’s Needs Center (WNC), a part of the Haight Ashbury Free Clinics, told me, as if it were the most ordinary thing in the world, that I’d need to gain at least 20 lbs before I’d have a healthy pregnancy. I assured her there were no plans afoot, continued using condoms  — including an expired one, as it turned out — and one day there I was, scheduling an abortion with the private physician on the WNC referral list.

There were many reasons why I had an abortion but a fear of passing on a congenital disability wasn’t one of them.

It’s very easy easy for people to forget when they’re casually saying to me that someone’s pregnancy was terminated — of course — because of an abnormality, that it’s like they’re casually remarking what a shitty country I come from. My body is my home. My body is my country. My body is not a place I want to flee. I am not at war with my body. I do not want to be exiled from it. I could be its president but I’m still the President of Shitsylvania. 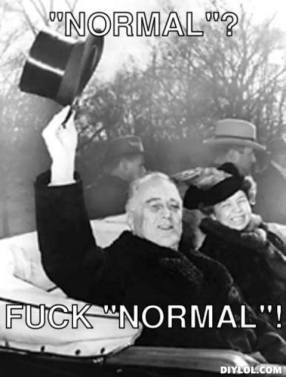 I get it — parts of my country suck. But it’s my country. I don’t think rebranding Shitsylvania as Normylvania will change any of the painful — but authentic — feelings about my country.

You assume I would choose not to be my country’s child. That I would never want my child to be born there. But I was born there, I grew up there, all of my shitty toys, shitty photos, shitty memories are from there.

And yet you expect — of course — that I would deny it. I could, I might.  But again, it is the of-course-ness that offends. If I say something to that effect, I get a question: “Well, don’t all parents want their kids’ lives to be less shitty?” and my reply is along the lines of: “No. Which really is shitty and, like most shitty things, has nothing to do with muscular dystrophy. Try working on the cure for shitty parents.”

The above confuses anti-choicers. They think that because I have a congenital condition that tends to open discussions about ending a pregnancy, I must want to deny other women the right to choose whether to abort when a disability is involved. Because nothing sets an extra-vulnerable infant up for top-notch, or even minimally acceptable, parenting like coercion and deep, deep despair. OH YES LET’S. I suppose I shouldn’t be surprised that anyone — and that includes you, disabled people — who thinks female bodies are husks would see a disabled infant as a teaching tool. I’m not a mother or a Bioethical Expert or nothin’ but I’m pretty sure getting some lady to “accept disability” would go better if you weren’t violating her in the process.

One thought on “My FEDup™ Rant: Oh, Goody, a Debate About Whether I Should Be Allowed to Breed”