The Best of Times, the Worst of Times: This Moment in Disability, Dignity, and Human Rights

An earlier version of these remarks was shared at Congregation Beth Jacob in Redwood City, California on March 3, 2018. I deeply appreciated their welcome when I was invited to address their community by Anne Cohen, an activist, disabled parent, and board member at the organization where I am Director of Development, Disability Rights Education & Defense Fund (DREDF) or, as Anne has dubbed it, “the ACLU of disability rights.” CBJ’s cross-disability access allowed me to take the first step in organizing community support: communicate.

I grew up with a disability, one that is genetic. I have been a plaintiff in an ADA access case here in California. It involved a bathroom. That required a lot of talking publicly about my using the bathroom. For disabled people like me – physically disabled — being disabled means never knowing where your next accessible public bathroom is. Today. Nearly thirty years after the ADA was passed. And keep in mind those 30 years coincide with my fundraising career in social justice non-profits and their philanthropic allies. Those are whole decades of trying my best to use empathy and imagination to shift that stubborn disability narrative that says I receive but can’t give. That disability is a health thing. That I need a cure when a toilet would be preferable. That I am charity, personified, not justice, denied.

END_OF_DOCUMENT_TOKEN_TO_BE_REPLACED

And she had made sure the door was locked. She stood there, watching the gray-blue paint and listening to what was happening from within. At first, nothing. Then a murmuring confusion, then a rapid rise in decibel levels, quickly becoming Frank’s singular baritone summoning Gretchen. It didn’t occur to anyone that it was anything but an accident.

She waited and then knocked to get their attention.

“Hi!” she called. She had to knock harder because, as usual, they were still talking. “Hi, everybody! Are you ready to start the meeting?”

END_OF_DOCUMENT_TOKEN_TO_BE_REPLACED

Since there were a number of Democrats in Congress who are still not grokking that their vote for H.R. 620, the ADA Notification Act, is a vote against civil rights and disabled Americans, I’m going to show this absurd bill in action against real Americans.

By showing it in action against those really-real Americans, The Simpsons. 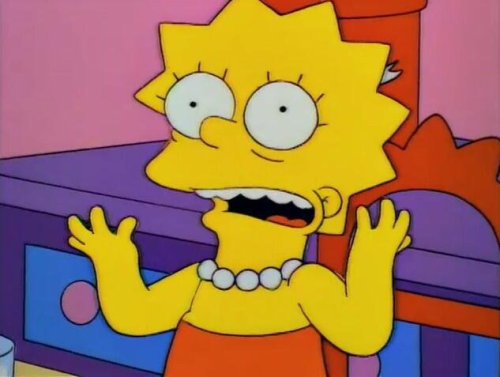 “WHAT??? Democrat Representative Jackie Speier co-sponsored H.R. 620, the ADA Notification Act, that undermines vital civil rights protections for millions of disabled Americans?! HOW DID WAL-MART GET TO YOU, JACKIE???”?

END_OF_DOCUMENT_TOKEN_TO_BE_REPLACED

Here’s how to tell your Congressional Representative to OPPOSE H.R. 620, and any other bill that weakens the ADA!

Here’s your 3-point take-down of the central flaw in HR 620:

Point #1: HR 620 claims the ADA is so easy that a random person should carry the responsibility for teaching corporations how to obey the ADA, aka civil rights law.

Point #2: HR 620 claims the same ADA is too hard for corporations to learn how to obey.

Point #3: HR 620’s claim to be both a floor-wax AND a dessert topping isn’t reality-based.

Failing the reality test makes HR 620 a NO vote

Tell your Representative to vote NO on HR 620 because even when a corporation is suffering from the heartbreak of toohardism, sabotaging the civil rights of people with disabilities goes well beyond a corporation’s demand for reasonable accommodation.

BONUS POINT: Ignorance of the law is NOT an excuse, so why does HR 620 make it okay for corporations to NOT obey the law because they don’t understand the ADA after 27 years?

60 Minutes Came to the Bay Area, birthplace of the Independent Living movement — a largely unknown chapter of US civil rights history — for footage for a piece about the 25th anniversary of the Americans with Disabilities Act (ADA).

They filmed me, moving about the Ed Roberts Campus (ERC), where I work at Disability Rights Education & Defense Fund (DREDF), an ERC founding partner.

They filmed other members of the cross-disability community.

And they used that footage to undermine and dishonor the law that made me — a woman with a disability — a full citizen in 1990.

60 Minutes came to OUR house, used us, and told the world people with disabilities are either dupes, greedy, or both.

1. If an access violation is so obvious it can be found through Google’s aerial view, then, yeah, I expect a business owner to be able to find it.